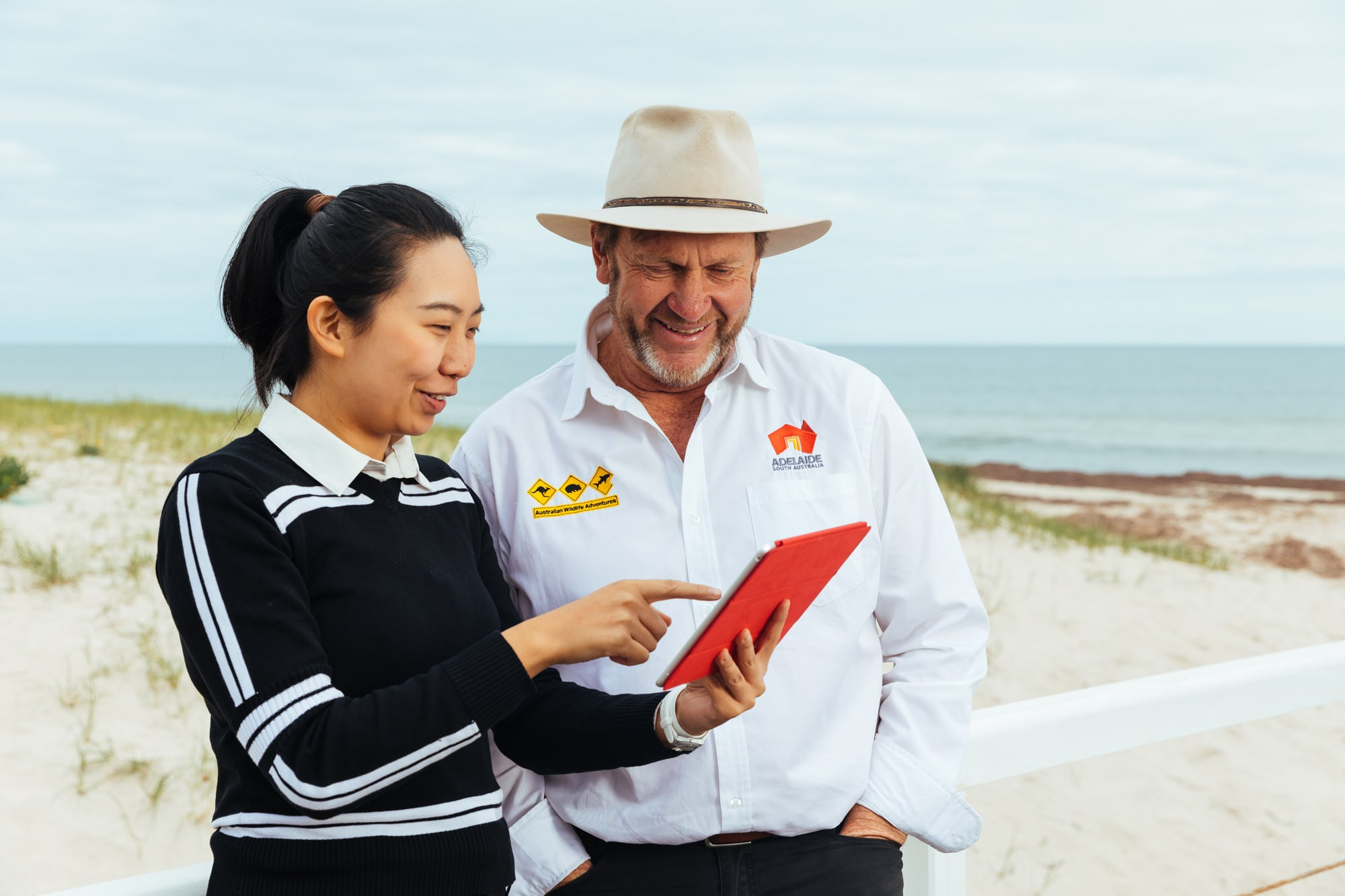 "Li has been invaluable in teaching me about the Chinese market."
||<p>Craig “Hassie” Haslam, Owner, Australian Wildlife Adventures</p>||

Two years’ ago, Hassie employed Li as part of a plan to increase the company’s access to the Chinese market.

Li was originally engaged as part of a program to assist South Australian tourism operators in the lead up to the Australian Tourism Exchange, a major tourism exhibition being held in Adelaide.

Since then, Li has continued to work for Australian Wildlife Adventures on a casual basis.

Hassie has expanded Li’s role over time, from developing marketing collateral, translating and maintaining their WeChat account, to representing Australian Wildlife Adventures in meetings with Chinese travel agents and accompanying Hassie on tours.

In the future, he would like to move Li into a permanent role within his company.

Why employ an international student or graduate?
learn more
"Li has been invaluable in teaching me about the Chinese market."
||<p>Craig “Hassie” Haslam, Owner, Australian Wildlife Adventures</p>||